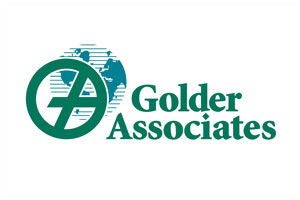 FEBRUARY 16, 2016 – Port Metro Vancouver is postponing the date when the next phase of its environmental requirements take effect for container trucks.

Port Metro Vancouver’s container truck environmental requirements, in place since 2008, require all container trucks approved to serve the port to meet increasingly stringent environmental standards through January 1, 2017. In essence, when implemented, the 2017 phase of the requirements will require all trucks with engine and exhaust systems older than 2007 to either be retrofitted to meet a 2007 approximate equivalent particulate matter emission limit, or be upgraded to a 2010 or newer truck that meets 2010 emission limits.

The postponement will also allow Port Metro Vancouver to set a new implementation date that will be better aligned with the start of the June 1 annual renewal date of the provincial licenses necessary to operate in the local container trucking sector. Licenses are issued by the British Columbia Container Trucking Commissioner.

“Port Metro Vancouver remains committed to implementing increasing environmental requirements as part of our mandate to protect the environment,” said Peter Xotta, Vice President, Operation and Planning. “However, asking drivers to invest in replacement trucks or suitable retrofits before the conclusion of the judicial review, and before they know whether they will continue to be licensed by the provincial commissioner, are sensible reasons to postpone the deadline.”

Subject to the outcome of the judicial review, Port Metro Vancouver plans to implement a ten-year rolling truck age requirement by January 1, 2022. By that time, the vast majority of trucks allowed to serve the port will need to be ten years old, or newer. “We know that heavy duty diesel trucks with newer engine and exhaust systems are far cleaner than their older counterparts,” said Xotta, “so it’s critical we get old trucks off the port for the sake of local communities.”

The environmental requirements through 2017 are in line with the Northwest Ports Clean Air Strategy, a partnership of Port Metro Vancouver and the ports of Seattle and Tacoma, with support from Environment Canada and Metro Vancouver, among other government representatives. The strategy reduces port-related air emissions in the Georgia Basin-Puget Sound air shed.

Port Metro Vancouver is Canada’s largest port and the third largest tonnage port in North America, responsible for Canada’s trade with more than 160 world economies. Located in a naturally beautiful setting on Canada’s west coast, Port Metro Vancouver is responsible for the efficient and reliable movement of goods and passengers, and integrates environmental, social and economic sustainability initiatives into all areas of port operations. Port Metro Vancouver is committed to meaningful engagement with the communities in which it operates and the shared obligation to improve the quality of life for Canadians. Enabling the trade of approximately $200 billion in goods in 2015, the port generates an estimated 100,000 jobs, $6.1 billion in wages, and $9.7 billion in GDP across Canada. As a non-shareholder, financially self-sufficient corporation established by the Government of Canada, Port Metro Vancouver operates pursuant to the ]and is accountable to the elected federal Minister of Transport.