AUGUST 23, 2018 – The BCEIA would like to congratulate Goldstone (Golder/Keystone) for winning this year’s Environmental Cup!   Goldstone defeated returning champions ClearTech in the final game 22 -19 to capture the Cup and win their title. 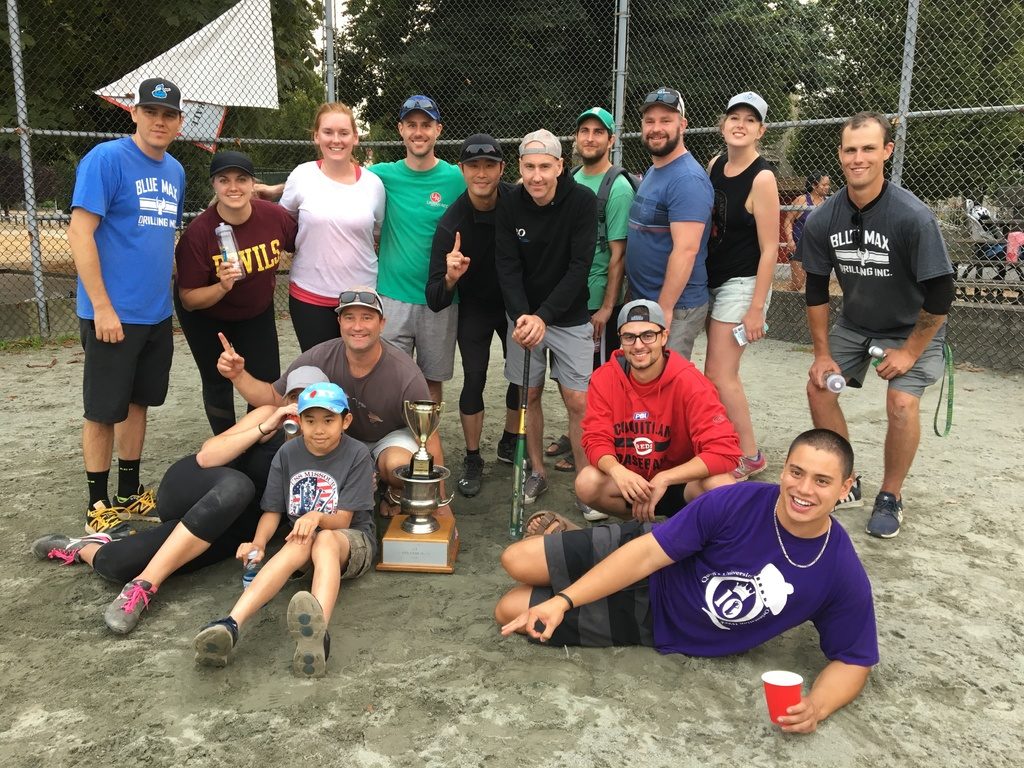 From team Goldstone, Cole Bertsch won the Golden Glove Award and Joel Hiebert received the award for the Most Homeruns. The Tournament’s Best Defensive Play Award went to Martin Smith of ClearTech. Finally, Phil Buyser from Team Phil/WFG was the recipient of the Spectacular Injury Award with a special Honourable Mention going to Andrea Leroux from Goldstone.

Congratulations to all participants!

We’d like to thank Brian Jang of Maxxam Analytics, Andrew Sorensen of Thurber Engineering, and Chris McCue of McCue Engineering Contractors for their contributions to another successful season and a fun tournament.

As we look forward to next season, we hope to see more environmental professionals join the league and compete for the Environmental Cup.  It’s a pretty casual league with a variety of skill levels. We have room for both players and teams, so please email [email protected] if you are interested in playing next season.